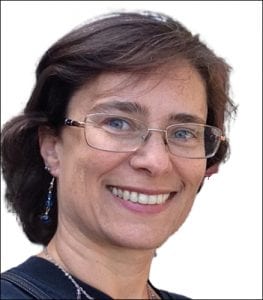 The second annual Conference on Robotic Telescopes, Student Research and Education (RTSRE), held on Hawaii’s East Coast between July 23 and 25, brought a great gathering of astronomers, educators, students, and allied professionals to the storied Big Island, for a leaning experience showcasing the latest advances in this growing field.  Among the notable scholars in attendance is accomplished astronomy educator Rachel Freed, a cofounder of the Institute for Student Astronomical Research (InStAR) and a member of the illustrious Robert Ferguson Observatory. “We’re bringing together all the students, professionals, and designers who are interested in robotic telescopes,” Freed says of the Conference, “and we’re looking to make everything accessible.”  Robotic telescopy, Freed says, will play a pivotal role in the years to come, unlocking new avenues of study and discovery in the heavens.  Planetary observation will be greatly aided by the accuracy of the devices, Freed observes enthusiastically.  “Mars is in close approach,” the scientist says, “and looking at Mars itself can give us new knowledge for the time when we’re ready to go there.

At the conference, which focuses on the integration of research, engineering, and astronomy education with student learning, with an eye towards developing the uses of robotic telescopes in academic and professional settings.  The convention is open to both neophytes, as well as those with advanced training in the operation of these finely-crafted instruments.  “We hope to build communities around robotic telescope programs,” Freed says, “and make it available to everyone”.  Freed’s passion for teaching new generations of astronomers carried her across the Pacific to take part in the conference.  “I’m I had an online version of astronomy research in my classroom,” she reflects, “which was developed in 2014.  I felt there should be a conference, and I got involved.”

“We’re bringing together all the students, professionals, and designers who are interested in robotic telescopes,” Freed says of the conference, “and we’re looking to make everything accessible.”

Robotic telescopes point the way to a myriad of applications, including improved space situational awareness, surveys, and enhancing our understanding of the galaxy we live in.  The Conference provides a forum for networking, breakout workshops, observatory tours, hands-on exhibits, and presentations by student researchers.  The concurrent CAPER Team iNATS education summit, from July 25-27, at the same Hilo location, gives educators a chance to develop novel strategies for teaching astronomy.

On the operational side of things, Freed alluded to her work using PlaneWave’s PW-1000 one-meter and CDK-series 17 inch telescopes, which she describes as “phenomenal.  These telescopes will allow my students to access even more detail, than the instruments I used in the past.”  PlaneWave’s ongoing commitment to education in astronomy and space science is reflected in its proud sponsorship of the RTSRE Conference, and other academic initiatives throughout the year.  The Conference is also supported by such institutions as the Las Cumbres Observatory and the Skynet Robotic Telescope Network, which promotes the utilization of robotic telescopy on a wide scale.  The conference envisions global perspectives on robotic telescope education, to paint a sharper portrait of the majestic skies above, and our own bejeweled world below.